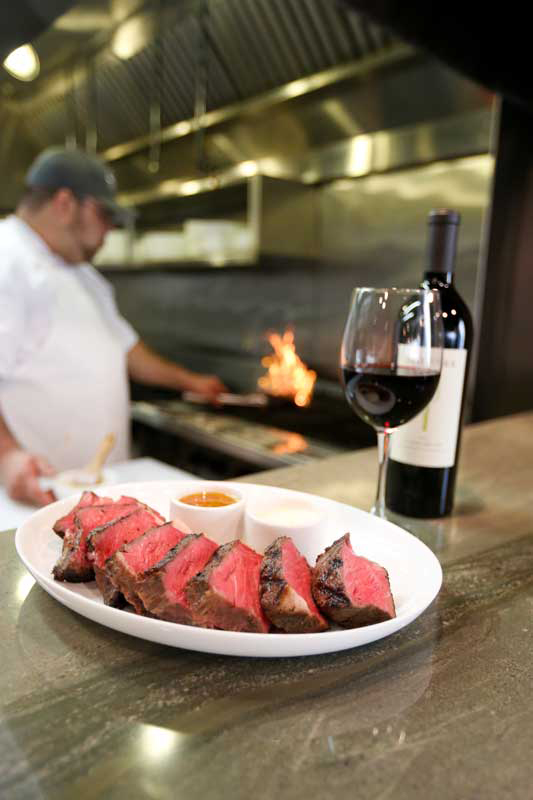 As owners of house. wine. & bistro., Larry and Jessica Delgado provide the people of the Rio Grande Valley a place to eat meals of the highest order, made with local products and without the constraints and pretentiousness that often follow food of this culinary magnitude. At SALT, this mission remains true, but is further enhanced by a desire to offer the distinct and delectable flavors of world cuisine and the produce of the Rio Grande Valley.

At SALT, the Italian, Asian and Mexican flavors, spices and fragrances you’ve learned to fall in love with are met by the vegetables, meats and fruits raised and grown from just a stone’s throw away. Best of all, you’ll be front and center to see it all happen.

Our goal is to provide you with an edible experience you won’t soon forget. Whether you’re watching our chefs at work while sipping on our top quality beverages or washing down our signature fried chicken and mashed potatoes with one of our Texas beers, know it won’t be long before you’ll find yourself craving more.

What name could you possibly think of to encompass the purity, wholesomeness and ethic of something you genuinely believe in? When faced with this task, Larry and Jessica Delgado were instantly attracted to the elegance and substance in the word salt. It was the first currency ever used in civilizations, the first method for preserving food and one of the only worldwide constants. Evidently, a restaurant with such a strong essence deserves a name that’s just as thematic. Thus, SALT – New American Table was born.